At The Law Office of Jesse K. Sanchez, expect an Indianapolis Criminal Defense Lawyer that is prepared to make a difference. We provide criminal defense representation when you need it the most. Give us a call today at 317-721-9858 today!

Committing a crime in the State of Indiana is a very serious matter. You need an Indiana criminal defense attorney that takes your defense just as serious if not more. Being charged with a criminal offenses can carry serious, life-altering, traumatic, consequences. You need serious defense representation. 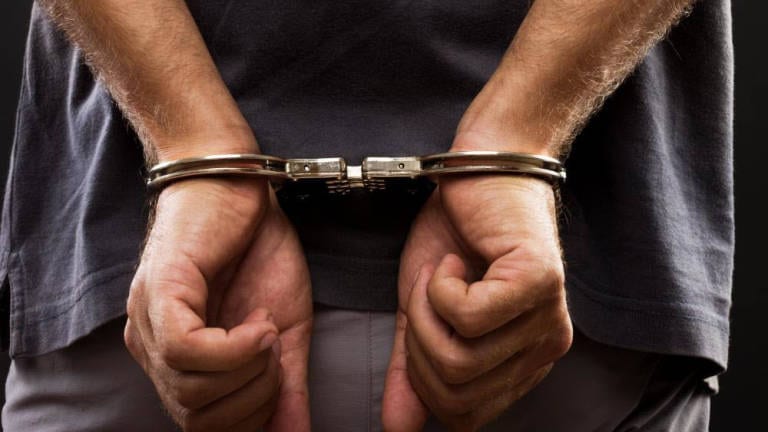 As a defense lawyer, we have one role. The role of the criminal defense lawyer is to be the best of attorneys in Indianapolis possible for our clients and to do so within the legal and ethical limits of the profession. Criminal defense attorneys research the facts, investigate the case against their clients and try to negotiate deals with their adversaries (prosecutors). Often the deals we may make with my clients include:

If you have been charged with a crime, this is a serious matter which requires the best Indianapolis criminal defense attorney to protect your legal rights. Give our office a call at 317-721-9858 today, we are a top rated affordable criminal defense attorney. We are here. We are ready. Let’s fight for your rights. The literal outcome of your case will alter your life forever, you need an expert that cares and understands what’s at stake.

Why Work with a Criminal Defense Lawyer ?

Often, the potential result of criminal charges in Indianapolis are severely harsh, life altering penalties. When faced with this potential outlook, it’s important to have the help of a skilled defense attorney in Marion County on your side. There are several reasons as to why you should work with an Indianapolis criminal attorney.

Guidance from a Legal System Expert

The Indiana criminal code is full of complexities that at any point you may find it difficult to grasp. When you have serious legal consequences, those which can threaten what your personal and professional life will look in the future. You need someone, an expertly trained legal advocate who understands legal proceedings and has experience in representing cases similar to yours.

Improve Your Chance for Acquittal

A seasoned criminal Marion county defense lawyer will have the investigative resources available to thoroughly examine the facts and against before deciding on a defense strategy. Presenting a strong argument in court will considerably improve your chances of acquittal, dismissal, or a plea to lesser charges.

Law enforcement and prosecutors are skilled in manipulating defendants to inadvertently incriminate themselves or make statements that weaken their defense. A criminal defense lawyer will prevent this by providing guidance during questioning and making sure you don’t say anything that would hurt your case.

Make the Law Work for You

A criminal defense attorney is a legal professional who has devoted their career to practicing this particular type of law. Criminal law comes with its own:

A defense lawyer will be knowledgeable about all of these aspects. A criminal defense attorney in Indianapolis knows the law, and more importantly, they know how to make it work for you.

You Need a Protector of Your Rights

As a citizen of the United States, you have certain unalienable rights that all courts have to respect. ensures you have the opportunity to utilize those rights, and he serves as your advocate and counsel throughout the legal process. During such a challenging time, you need to know you have a fearless supporter who will stand up for you.

You Need a Skilled Legal Negotiator

Not all criminal cases will reach the trial phase. In fact, many cases are settled through plea bargains and negotiations. This is when hiring a criminal defense lawyer makes the most sense. An attorney will work to settle the charges against you in terms agreeable to everyone involved, and they will negotiate on your behalf while protecting your best interests.

We help with the following types of criminal defense cases:

The Law Office of Jesse K. Sanchez is a full service Indianapolis criminal defense law firm, and solely dedicated to the defense of anyone charged with a crime. If you have a felony or misdemeanor or even an infraction, Attorney Jesse K. Sanchez will handle every sort of criminal case, with a focus on:

In general, the prosecuting attorneys choose to aggressively pursue the maximum penalties possible. This means that a large majority of most violent crimes in Indiana are charged as major felonies.

If you or someone you love is currently dealing with a violent crime charge in Central Indiana, make it a point to contact an experienced Indianapolis criminal defense lawyer to represent you and protect your rights. You can reach our office at 317-721-9858 to schedule a free consultation to determine the best path forward for your situation.;

In Indiana, murder is considered a capital offense. The consequences of a conviction for murder in the State of Indiana can be punished by the death penalty, life imprisonment without the possibility of parole, or between 45 and 65 years in prison and a fine of up to $10,000.

Involuntary manslaughter can occur either when a person is accidentally killed due to someone else’s criminal negligence or when the person is killed during the commission of another crime, where the intent was not to cause bodily injury or death.

In Indiana, the crime of battery is committed when someone intentionally or knowingly touches another in a disrespectful or harmful way. Causing an injury is not necessarily required. This makes the battery laws in Indiana complicated and confusing to the person charged.

Aggravated battery as violently inflicting injury upon another person that causes serious injury, long-term impairment, or permanent disfigurement or carries a substantial risk of death. In Indiana, if the victim was a minor, or the victim died from his or her injuries, the offender likely faces an extended prison sentence if found guilty.

If you are accused of armed robbery, you are facing a significant prison term and other criminal consequences, such as court costs, fines, and community service if you are convicted.

Robbery is the physical, unlawful taking or attempted taking of another person’s property through the use of threat or force. This usually involves possessing, using, or threatening to use a dangerous weapon. In a robbery, there must be at least one victim present at the time of the crime.

Theft and burglary do not require the presence of a victim who is threatened with bodily harm. Theft is the unauthorized taking of property from another with the intent to permanently deprive them of said property. Burglary is the unlawful entry into a place or structure with the intent to commit any crime inside, not just theft.

Domestic violence is a crime that is solely based on the relationship between the parties involved. If the person accusing you of violence against them is a family member, you are in a dating relationship, or you live together, then there’s a good chance the offense will be labeled as “domestic violence.”

Some common offenses that get charged as domestic violence include the following:

The consequences of a conviction vary greatly depending on the charge and other circumstances. We understand how stressful a domestic violence charge can be. We’re here to help. We work as a defense lawyer in Indianapolis to fight against domestic violence cases on a daily basis. We have proven strategies to successfully defend against them and get you the best possible resolution.

Individuals charged with sex crimes are usually those most in need of protection. We want you to know that if you have been charged with a sex crime, no matter what others may think of you, we will provide the vigorous defense you are entitled to under the constitution. In divorce matters, fathers are sometimes falsely accused of fondling or improperly touching their children. This is done to gain advantage in child custody or other issues.

Our areas of practice sexual criminal defense include the following: 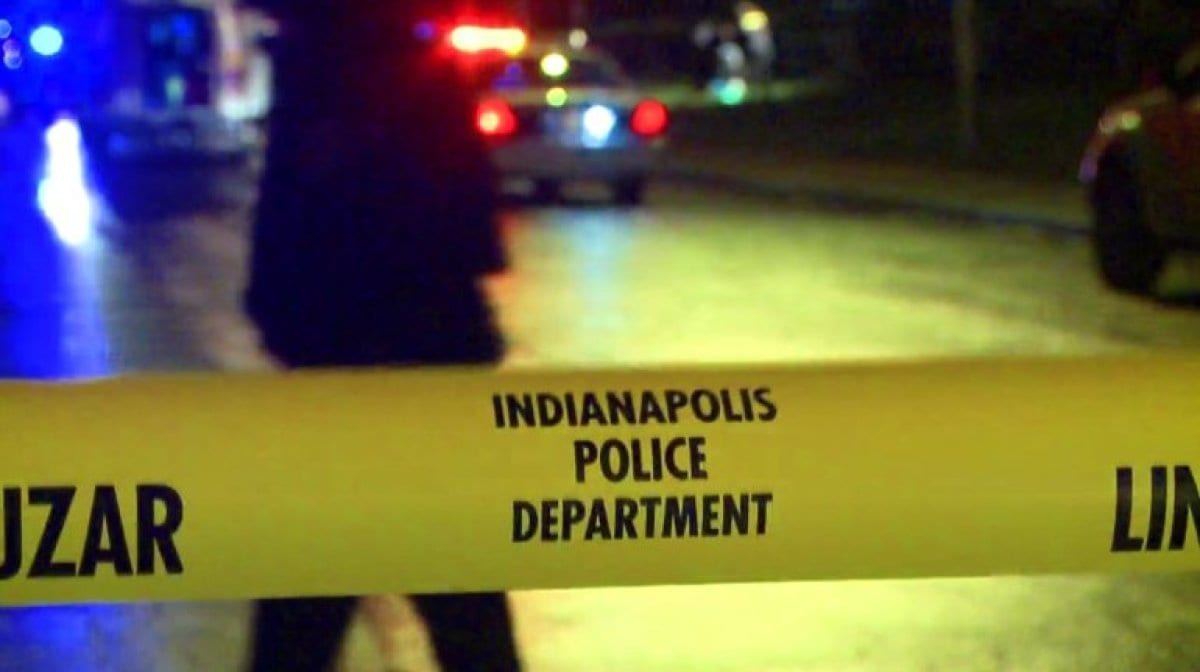 What is a Felony?

Indiana treats felonies as certain crimes that carry a minimum sentence of more than one year to be served in the custody of the Indiana Department of Corrections. Additionally, a felony may be punishable by death in the case of the most serious crimes like murder.

Level 1 Felony: Level 1 Felony charges are reserved for some of the most serious criminal offenses in Indiana. A conviction can result in imprisonment for between 20 and 40 years. The advisory sentence for a Level 1 Felony in Indiana is 30 years.

Level 3 Felony: A Level 3 Felony is punishable by anywhere between three and 16 years in prison. The advisory sentence is nine years.

Level 4 Felony: A Level 4 Felony in the State of Indiana carries a sentence of between two and 12 years in prison.

What is a Misdemeanor?

A misdemeanor is a less serious to moderate crime that is associated with less serious punishments than a  In most states, the main distinguishing feature of a misdemeanor is that it is usually punishable by a sentence of one year maximum in a county jail.

There are a number of crimes that would be considered as misdemeanors. An example of a common misdemeanors are: 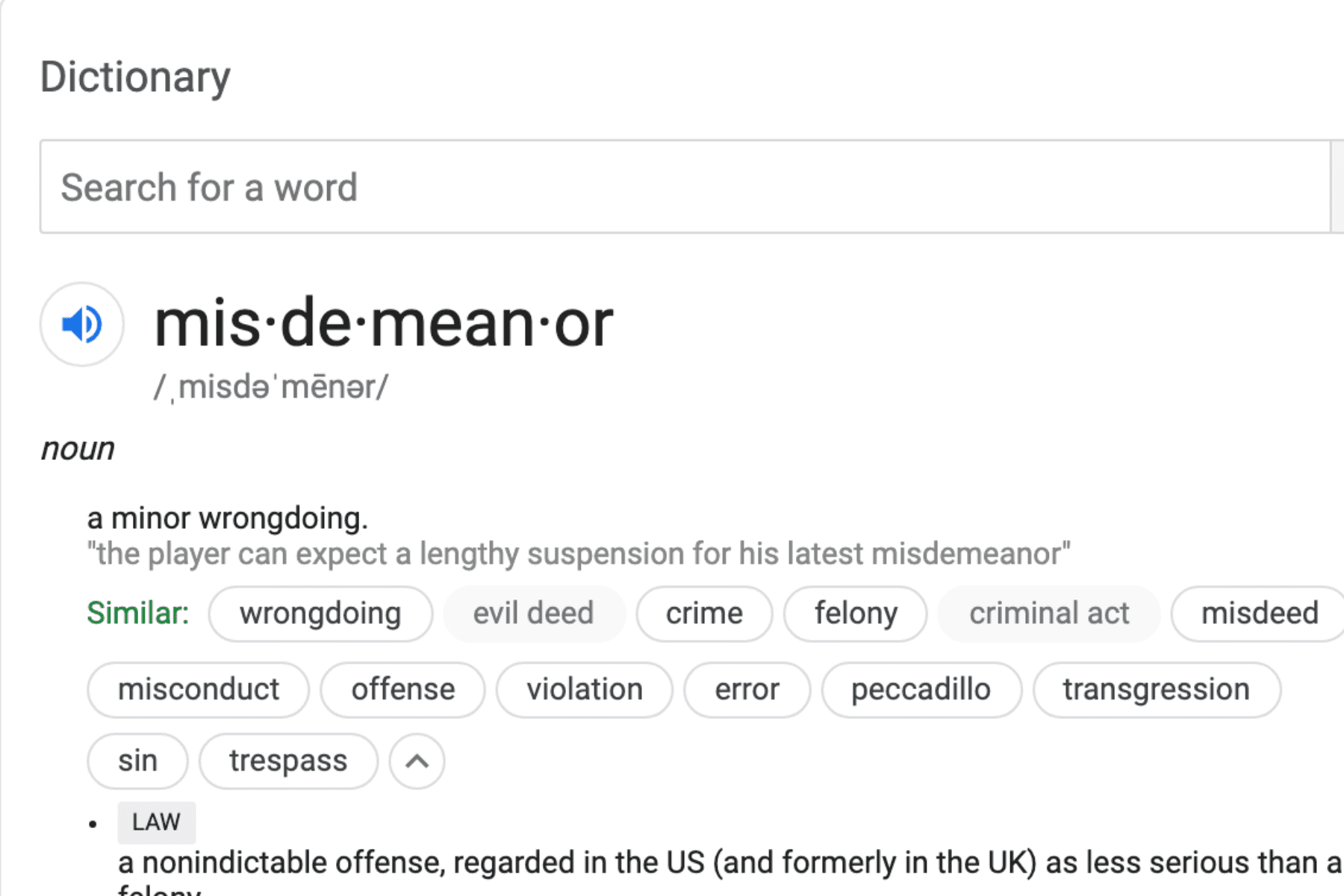 If You Need an Indianapolis Criminal Defense Attorney We Are There

Indianapolis, Indiana is often fondly called “Indy”, by its residents and visitors alike. It is the county seat of Marion county and is the largest city in the State of Indiana, based on population. Some of the popular things to do in Indianapolis include:

Indianapolis has a fairly high crime rate. The crime rate of 59 per one thousand residents means that the chance of being involved in a property crime in Indianapolis is one in seventeen. In the first quarter of 2019, there was 14556 new misdemeanor criminal cases filed. Marion County is in Judicial District 13. The judicial district leadership is as follows: 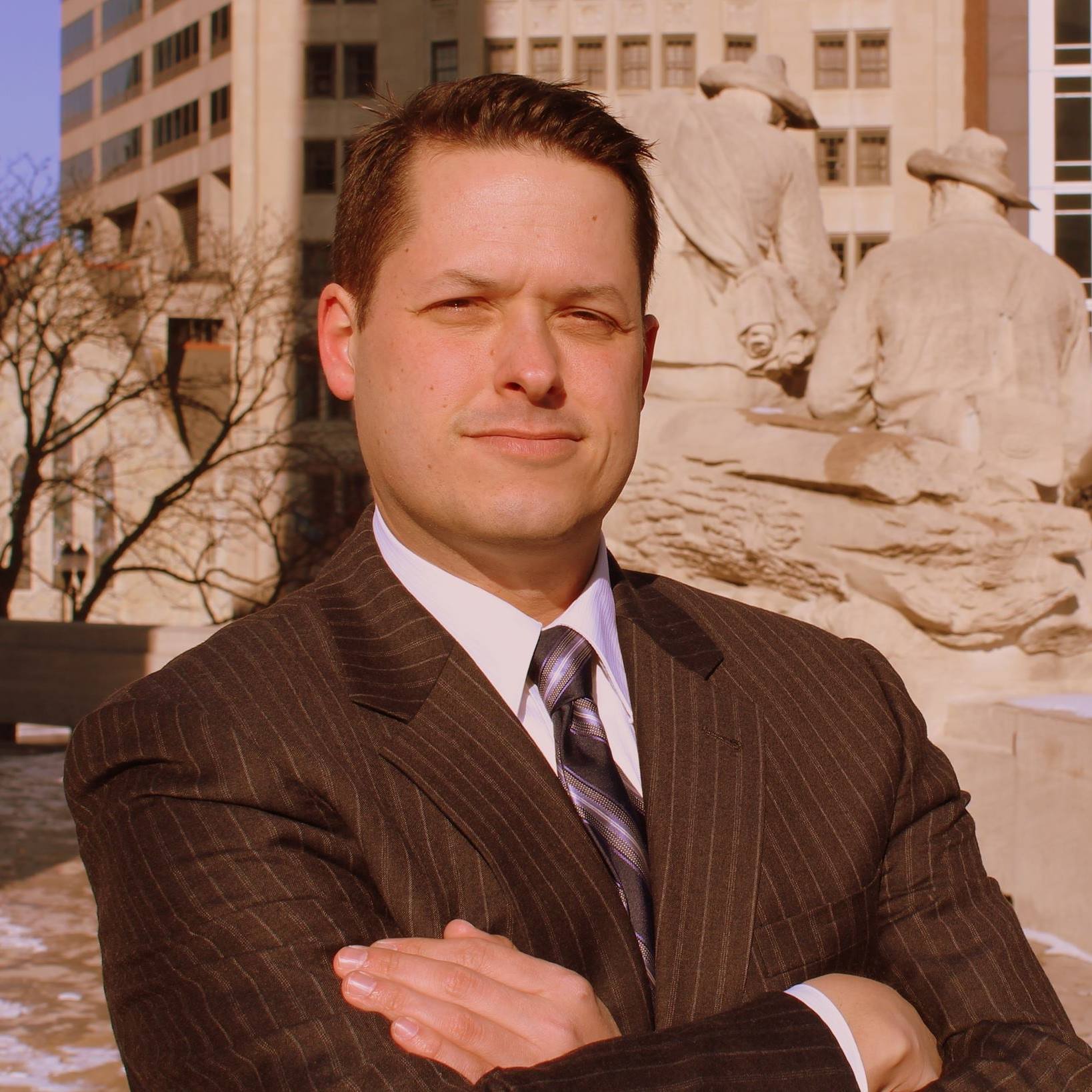