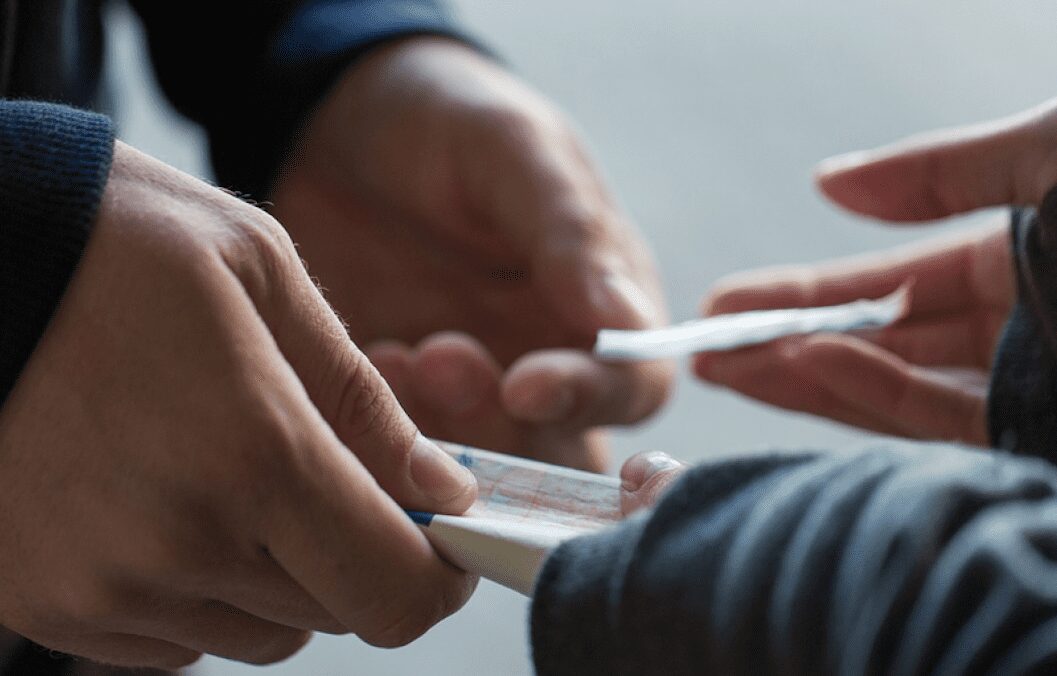 If I could do only one kind of criminal case, it would be cases involving guns and drugs. That's because drug crime criminal defenses are never easy There is always something to talk about. But they are also constitutionally important. By their very nature, gun and drugs cases often implicate our basic rights as citizens to be free from unreasonable searches and seizures. These are your rights and mine, and they are worth protecting. If you are in the need of an Indianapolis Drug Defense Lawyer call us today at 317-721-9858. It's a lot easier than doing a search for the best drug lawyer near me, as a matter of fact, if you are looking for a good lawyer nearby, The Law Office of Jesse K. Sanchez is your best choice for your criminal charges.

Whether it's possession of marijuana or dealing first they have to PROVE "possession".

Most criminal drug charges begin with the accusation that someone knowingly or intentionally "possessed" an illegal substance. (Though, there are a few exceptions). It sounds like a simple idea, but in the criminal courts in Marion County and elsewhere, the question of who "possessed" an item is routinely debated by attorneys. As a skilled drug crimes defense firm, expect for us to make a zealous and vigorous debate for your freedom. Little known to most, most offenses end up in dismissal. Here is why a number of these offenses end up dismissed. 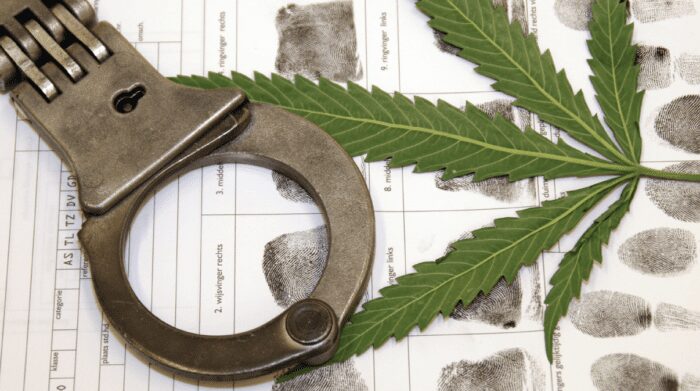 The law breaks down like this. Under Indiana law, there are two ways to prove possession of something. Firstly, the law states that the State may seek to prove "actual possession" by showing that an accused person had direct physical control over a prohibited item. However, the law also takes the position that the State may also make its case by proving that an accused person had "constructive possession" of something beyond a reasonable doubt. The law states that to make a case for constructive possession, the State must show that a defendant had both an intent as well as the capability to maintain dominion and control over the contraband item. This makes gaining a conviction for these offenses a much harder case for the government to make.

How Indiana Drug Charges Get Complicated

What if there are multiple people found near the guns or drugs?  What if there's only one person found with the drugs but the State cannot show that the defendant knew the drugs or gun were there? What if someone is willing to admit that the drugs belonged to them and not you? Will the prosecutor dismiss the case? All of these are great questions, and I hope to touch on them in blog posts in the future. However, if you're facing a charge for drug dealing or possession of cocaine or marijuana or something else, please don't hesitate to call me. For a more information don't hesitate to CALL NOW. 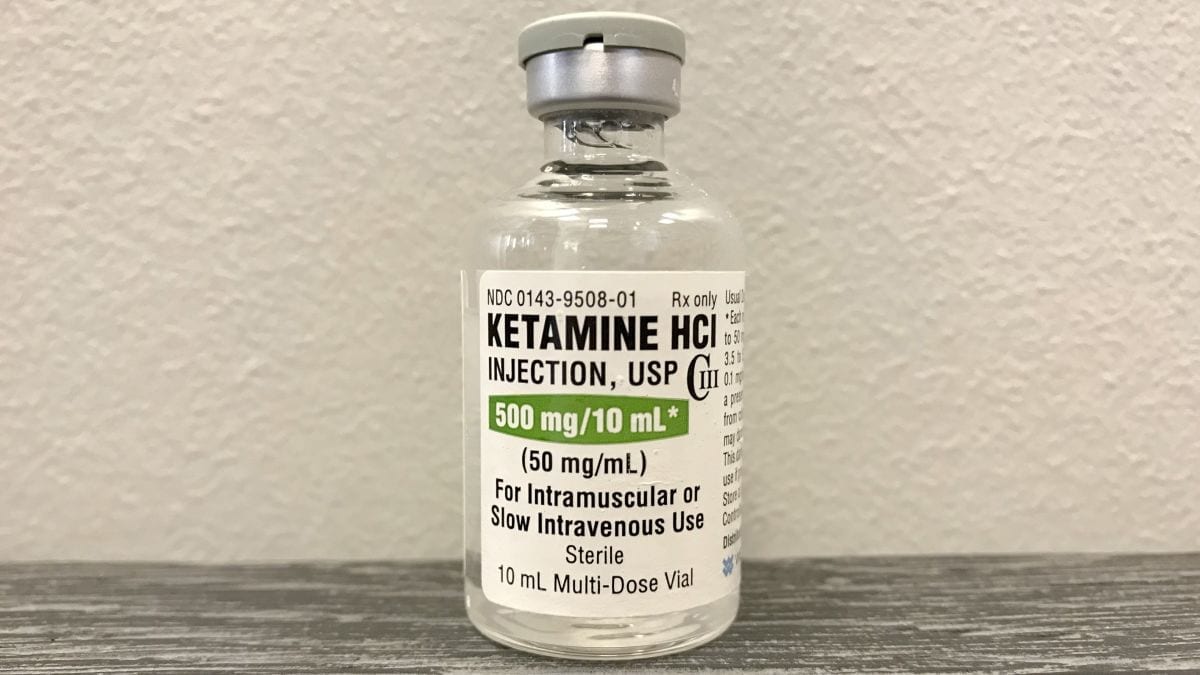 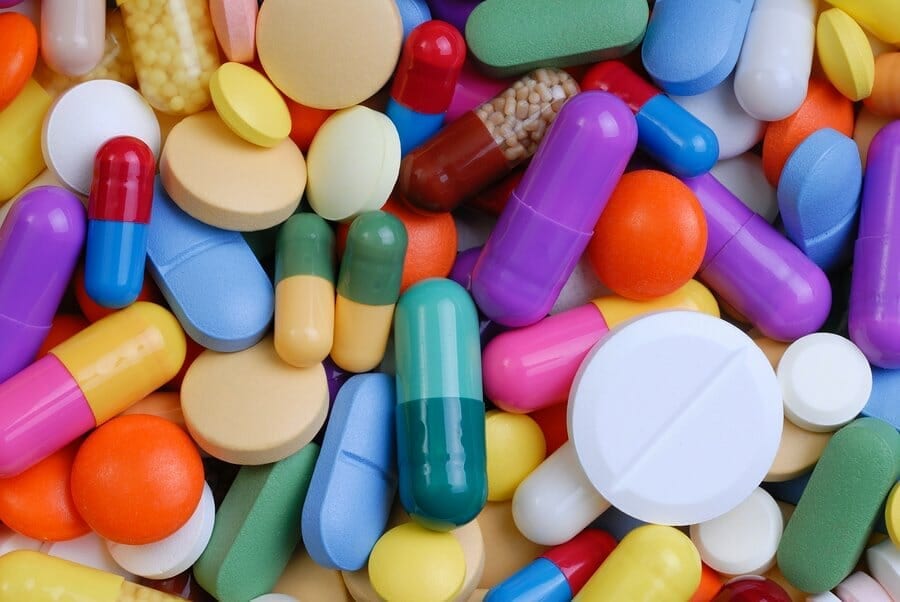 We Help Defend Against

As an Indiana defense attorney, there are a number of drug crimes that we have experience in defending and winning. Some of the common drug cases are : 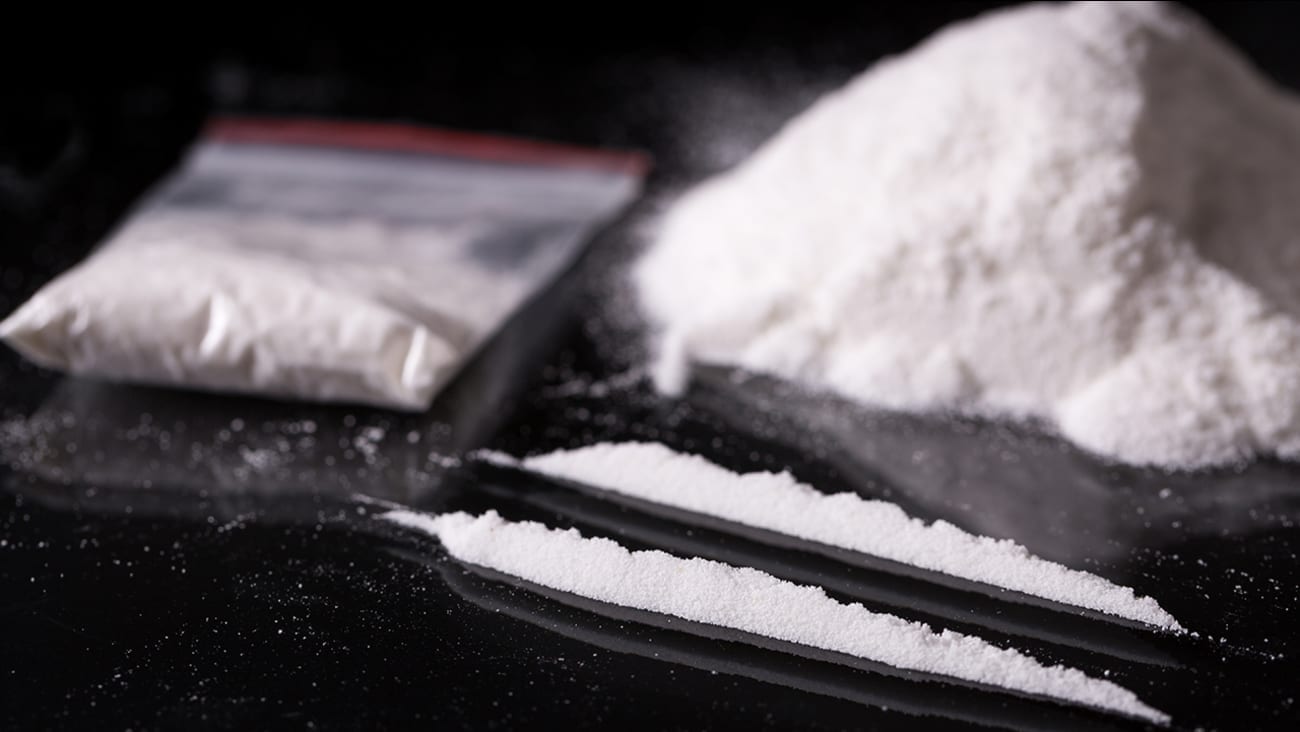 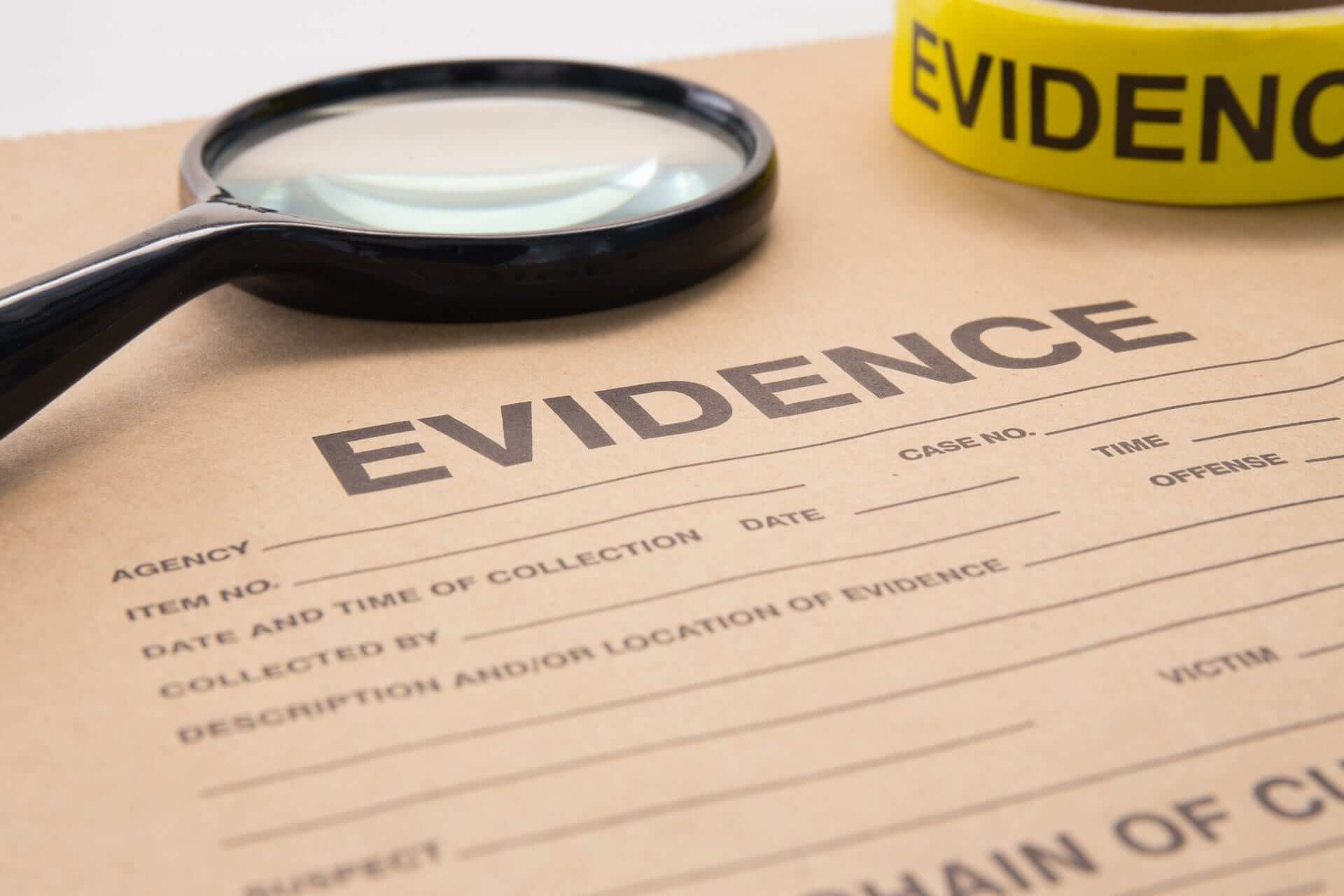 An Argument to Suppress Drug Evidence

While under the law, arguments to suppress criminal evidence are often quite complicated, all "motions to suppress" essentially claim that the rights of the accused person were violated in some fundamental way and, therefore, any evidence gained from the violation should be excluded from evidence or "suppressed." It's a controversial technique, because it can take criminal evidence that makes a defendant look "obviously guilty" and get it thrown right out of court.

The idea here is to deter police misconduct. And, this is exactly what the 4th Amendment of the U.S. Constitution demands in it's guarantee when it states that: "The right of the people to be secure in their persons, houses, papers, and effects, against unreasonable searches and seizures, shall not be violated, and no Warrants shall issue, but upon probable cause, supported by Oath or affirmation, and particularly describing the place to be searched, and the persons or things to be seized."

What's more, under the Indiana Constitution, Article I, Section 11, citizens are protected by even stronger guarantees. So, was there probable cause for the search warrant of your home? Did the officer have the right to search your vehicle? Did the officer have the right to stop you at all? These are the kinds of questions we ask in a suppression case. To learn more about a potential suppression in your case, CONTACT ME.

WHAT IS THE QUALITY OF THE STATE'S EVIDENCE?

CAN THE STATE PROVE DRUG DEALING BY SHOWING AN INTENT TO DELIVER?

In drug dealing cases, the State often has to prove something in addition to simple criminal possession (actual or constructive) of a drug. Frequently, the State is required to show that the defendant had an "intent to deliver" drugs in his possession (though, to be clear, there are other ways to make a dealing case, such as financing the manufacture or delivery of a drug). This is an interesting element because, to show an intent to deliver, the government must essentially prove what a defendant would have done with drugs at a future time.

The Perils of Circumstantial Evidence in a Drug Case

How can we know what someone would have done with something in the future?  Well, we can't know anyone's future intent with 100% certainty. There's simply no way to measure someone's intent directly. At best, we can make good guesses about a person's intent based on the surrounding circumstances. This kind of indirect evidence is called circumstantial evidence.  For example, if you watch me walk to Starbucks and stand in line, you can make a pretty good guess that my intent is to buy coffee. Can you be certain? No. All of your evidence is indirect, circumstantial. Plus, you could be wrong. Maybe I know the cashier and just wanted to say hi. Maybe I was there to apply for a job.

This is what makes dealing cases so nuanced and interesting to analyze. They're frequently chock full of circumstantial evidence, just like in the Starbucks example. The amounts of drugs, the way they are packaged, whether the defendant had money on him and in what amount. The problem with this kind of evidence is that it's always subject to a different interpretation. Just because you saw me standing in line, does not mean I was going to buy coffee. Similarly, just because I had some quantity of cocaine does not mean I was going to sell it. That's the problem with circumstantial evidence.

The fact is that many of the drug offenses in Indiana are felonies. If you are convicted of a drug crime in Indiana, the penalties for these offenses can be harsh and you face some very serious and potentially lifelong consequences that may include:

How Much are Fees in a Drug Defense Case

The fees can vary greatly based on a number of factors which include,

Generally speaking, however as an affordable drug charge defense lawyer, in certain situations, we offer payment plans. Based on the crime, you can expect to pay anywhere in between $500- $5,000 for most cases.

Let Us Be Your Indianapolis, Indiana Drug Crime Attorney

The life of a convicted criminal is not an easy life to lead. If you've been charged and need an Indiana drug crime lawyer, please contact Indianapolis Defense Attorney, Jesse K. Sanchez at 317-721-9858  NOW to discuss your alleged drug charge.