Indianapolis criminal defense attorney, Jesse K. Sanchez, has years of experience defending crimes of domestic violence, all felonies and misdemeanors. From domestic battery and invasion of privacy to strangulation, confinement and intimidation. Can the State prove their case? What are your defenses? What if the alleged victim does not want to proceed with the case? Get some answers: Call Jesse K. Sanchez for a free consultation.

I’ve defended numerous cases involving illegal possession of firearms and they are some of my favorite cases to defend. This is because, by their very nature, gun charges often implicate our basic rights to possess firearms, defend ourselves as free citizens, and to be free from unreasonable searches and seizures. As an Indianapolis firearms attorney, I can assure you that these are your rights and mine, and they are worth protecting. I love being a gun law attorney. The work is fulfilling. If you need a firearms attorney, call 317-721-9858 today!

What does an Indianapolis Firearms Attorney Do?

You’ve Been Charged with Possession of Firearm or Carrying a Handgun Without a License:

What You Need to Know

Can the State Prove the Firearms Charge?

Whether we are talking drugs or guns, these cases generally ask whether the government can prove that you were in knowing “possession” of an item prohibited by law. Under Indiana law, there are two ways to prove possession of something. Firstly, the State may seek to prove “actual possession” by showing that an accused person had direct physical control over a prohibited item. However, the State may also make its case by proving that an accused person had “constructive possession” of something beyond a reasonable doubt.

What’s the Best Defense Needed for a Gun Rights Case?

To make a case for constructive possession, the State must show that a defendant had both an intent as well as the capability to maintain dominion and control over the contraband item. This is obviously a much harder case for the government to make. What if there are multiple people found near the guns or drugs?  What if there’s only one person found with the drugs but the State cannot show that the defendant knew the drugs or gun were there? These cases are all unique and complex in their own way. At the Law Office of Jesse K. Sanchez, your attorney will know how to analyze the case to determine what evidence the State really has against you. For a more information don’t hesitate to call Indianapolis criminal attorney Jesse K. Sanchez a quick phone call at 317-721-9858 today! 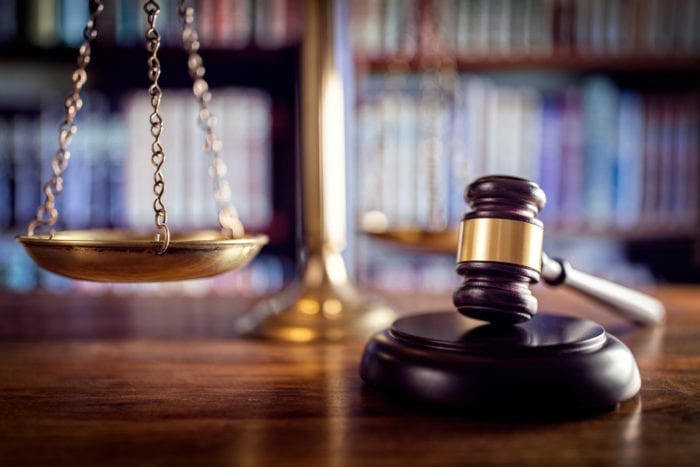 You May Have the Argument to Suppress the Firearms Evidence

While arguments to suppress evidence are often quite complicated, all “motions to suppress” essentially claim that the rights of the accused person were violated in some fundamental way and, therefore, any evidence gained from the violation should be excluded from evidence or “suppressed.”

It’s a controversial technique, because it can take evidence that makes a defendant look “obviously guilty” and get it thrown right out of court. But, the idea here is to deter police misconduct. And, this is exactly what the 4th Amendment of the U.S. Constitution demands in it’s guarantee when it states that:

“The right of the people to be secure in their persons, houses, papers, and effects, against unreasonable searches and seizures, shall not be violated, and no Warrants shall issue, but upon probable cause, supported by Oath or affirmation, and particularly describing the place to be searched, and the persons or things to be seized.”

What’s more, under the Indiana Constitution, Article I, Section 11, citizens are protected by even stronger guarantees.

Now You Have an Indianapolis Firearms Attorney on Your Side