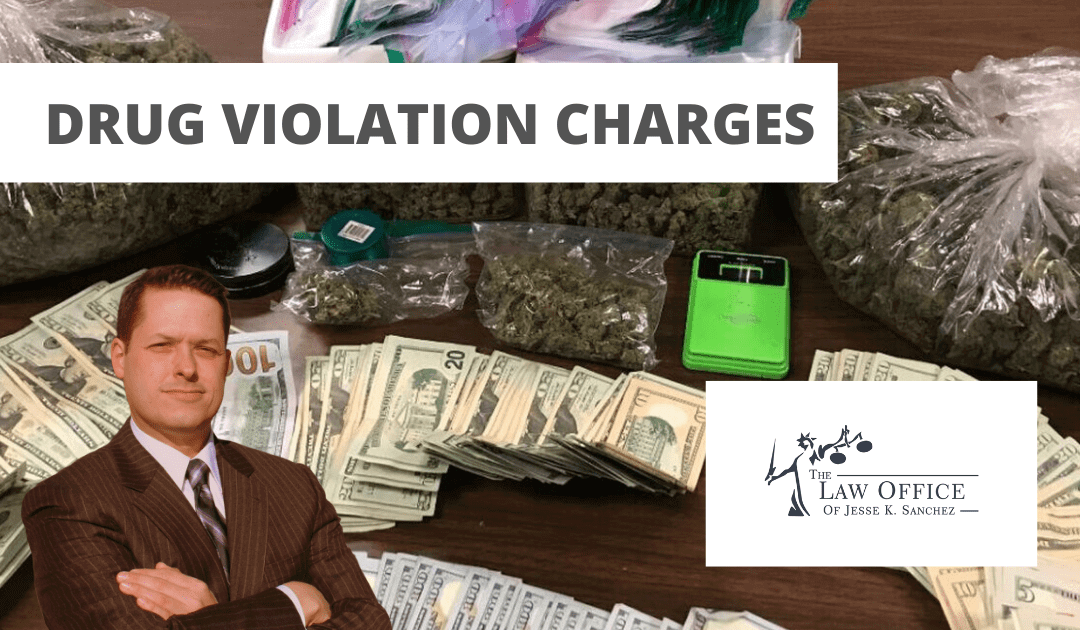 Though in some states, marijuana is now decriminalized, that is not the case in Indiana. Criminal laws at both the state and federal levels expressly prohibit controlled substances. Indiana drug laws state that the following is prohibited:

Drug violations charges are offenses that carry legal sentences that affect your life.

If You are Accused of a Drug Possession Offense

Essentially, if you are accused of committing a drug possession offense, you could end up facing both state and federal charges. Here’s what you should know about the different violations of drug laws, should you find yourself on the wrong side of the law. If you are arrested for a violation of drug laws, you need to hire a drug crimes lawyer. Call the Law Office of Jesse K. Sanchez at 317-721-9858 for help with the best drug defense available for your defense.

Most drug violations are prosecuted at the state level. Violations such as the possession, delivery, dealing, and manufacturing all have their own associated penalties. Every state imposes different penalty levels for the different types of drug offenses. The severity of the penalty depends on both the substance and the overall amount of drugs in question. For example, in Marion County, the Prosecutor has stated that they are no longer pursuing prosecution in possession of marijuana, an ounce or less. Selling marijuana, 30g or more on the other hand, is a felony that carries a potential prison sentence of up to 2 1/2years.

There are a few scenarios in which an offender might face federal instead of state charges for a drug offense. For example, the federal government will handle the case if the suspect was named or arrested by a federal informant or a federal agent. These same rules apply if the crime was committed on federal property or occurred across state lines. Generally high-profile cases, like those involving trafficking, get picked up as federal criminal cases. Since penalties are more severe at the federal level, it’s wise for anyone facing such charges to hire a criminal attorney that handles federal cases.

Facing drug charges, federal or state, carry hefty sentences, fines and penalties that can bring more than a headache. From effecting scholarships and government grants all the way up to affecting housing opportunities, a drug conviction can have serious and extreme consequences on your life. Simply perform a search for drug charge lawyer near me, and call The Law Office of Jesse K. Sanchez at 317-721-9858. Drug crime charges are no joke, take care of the charges now, before it becomes too late.