So You Have an Arrest Warrant. What’s Next?

How do you end up with an arrest warrant in Indiana? In Indiana, or any other state or jurisdiction for that matter, those with a bench warrant out for their arrest generally did not fail to appear in court due to a disregard for the law. More often than not, the failure to appear in court was more than likely the result of forgetfulness, a valid excuse, or even something as simple as a strong fear and/or misunderstanding of the State of Indiana’s legal process. Which is why you need a top Indianapolis criminal defense lawyer on your side.

Sometimes arrest warrants are issued by mistake when the alleged offender did make arrangements and there was communication failure or a paperwork mix-up with the court clerk. Whatever the reason, having a warrant out for your arrest is something that definitely does not have an immediate positive output. However, working with an experienced Indianapolis criminal lawyer like Jesse K. Sanchez to help resolve your warrant to could help to put your failure to appear in court in a more favorable light.

If You Have a Marion County Arrest Warrant

An arrest warrant is a document issued by a judge or magistrate that authorizes the police to take someone accused of a crime into custody. Even if you live out of state, or happen to move out of state while your warrant is active, the warrant for your arrest never goes away. As much as we’d like, an arrest warrant just doesn’t disappear. Waiting for an arrest to resolve your warrant never works in your favor, and in cases like failure to appear for sentencing, can actually work against you since you will appear to be a flight risk to the judge. 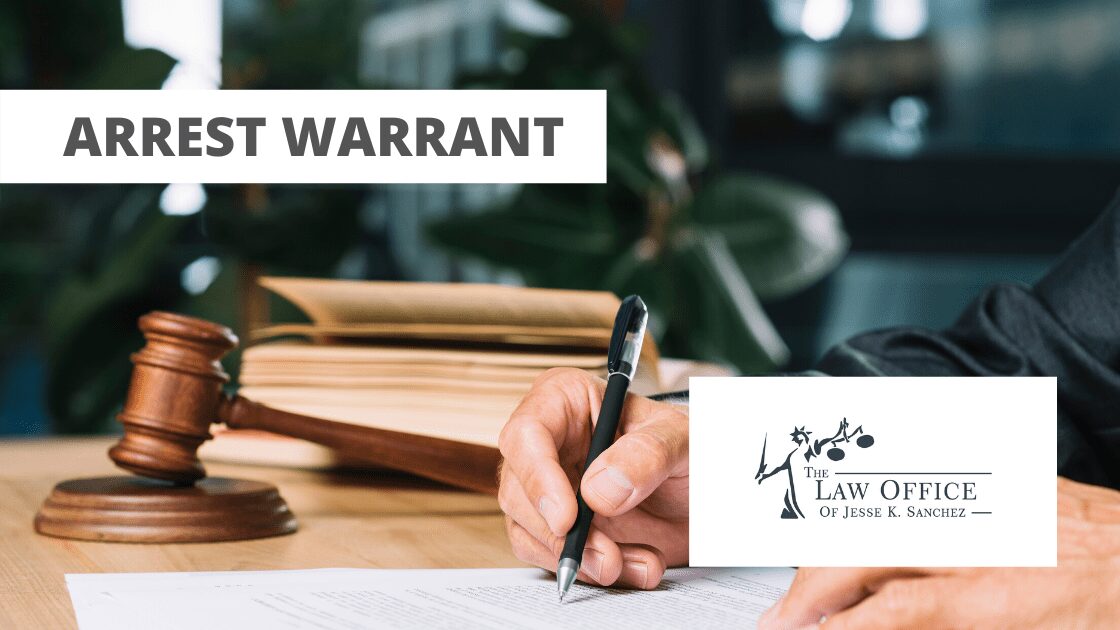 Arrest warrants happen in more Indiana counties than Marion County. At the Law Office of Jesse K. Sanchez, we can help with arrest warrants in:

To help to resolve your Indiana arrest warrant, either email or give our office a call at 317-721-9858 today. We are here and we can help.

What an Arrest Warrant Means in Marion County

There are other reasons for a failure to appear in the State of Indiana besides blatantly and intently not showing up. It is a common occurrence in bench warrants for minor offenses to simply forget about your court date, or get so busy that it simply passes you by before you do anything about it. In other cases, there may have been legitimate reason that prevented you from appearing in court, like a family emergency.

No matter the reason for your failure to an appear, if there is a bench warrant out for your arrest, there is a good chance that you may be arrested at anytime, anywhere, in any number of what could be considered as a publicly embarrassing situation.

Once you are arrested, you could immediately face other consequences including mandatory jail time, expensive bonds, and court fines. Contact experienced criminal lawyer Jesse K. Sanchez to help resolve your warrant before any arrest happens and how proactive you are in resolving your arrest warrant could possibly even help your case.

How to Resolve a Marion County Arrest Warrant

An arrest is not the only way to resolve an outstanding arrest warrant Indiana and to be sure, getting arrested is not the most favorable way to resolve an arrest warrant. Taking the proactive approach and surrendering yourself or working with top criminal defense lawyer as a legal mediator between you and the court system often puts you in a more favorable light with the judge, and may quite often open opportunities to resolve your legal matter that don’t involve jail time.

Some of the arrest warrant resolution options that an attorney can help with include:

It’s essential that you meet with an Indianapolis criminal attorney before negotiating any form of arrest warrant resolution as it can result in more favorable outcomes. As tempting as it may seem, simply avoiding your warrant will more than likely not give you any sympathy from the court. To be honest, avoiding disposing of your arrest warrant has a good chance of making you look like an offender on the run. If you have an arrest warrant or you believe that you may have an active arrest warrant, resolving the warrant as soon as possible is usually the best solution. Either call or email us at the office today. We are here to help.