If you’ve been stopped by the police, the law enforcement officer may ask you to perform a series of field sobriety tests. They normally would request that you perform a field sobriety test if they suspect you’ve been driving under the influence of alcohol or drugs, illegal or prescription. As an Indianapolis DUI lawyer, Attorney Sanchez often sees clients who failed their sobriety tests because they were nervous or didn’t know what to expect when asked to complete a series of random acts.

By knowing in advance what a field sobriety test entails, could help you avoid any surprises and realize the best possible results. If you’ve been charged with an Indiana DUI offense and need representation call us at 317-721-9858 today.

Field Sobriety Tests also referred to Standardized Field Sobriety Tests are tests used by police officers when a person is pulled over for suspected of driving under the influence of drugs or alcohol. The field sobriety test is given after the police officer has stopped the person in an effort to determine whether the person is a risk on the road.

Science actually is able to link alcohol consumption with Horizontal Gaze Nystagmus. When the eye rotates at a high angle, there us an involuntary movement of the eye, which will jerk suddenly, which you can’t control and may not even feel. Being intoxicated makes the effect of the eye movement more pronounced more noticeable and causes it to occur at a much lower angle. When the officer administers the Horizontal Gaze Nystagmus test, he or she will ask you to follow an object as they move it across your field of vision, watching to see whether your eyes move smoothly and when the Gaze Nystagmus occurs.

For the Horizontal Gaze Nystagmus Field Sobriety Test there are a total of six clues that are indicate a positive result for intoxication. The three clues for each eye are:

Unfortunately, a false positive for nystagmus may be caused by a number different issues. The more common false positives that indicate intoxication for Horizontal Gaze Nystagmus Testing includes: 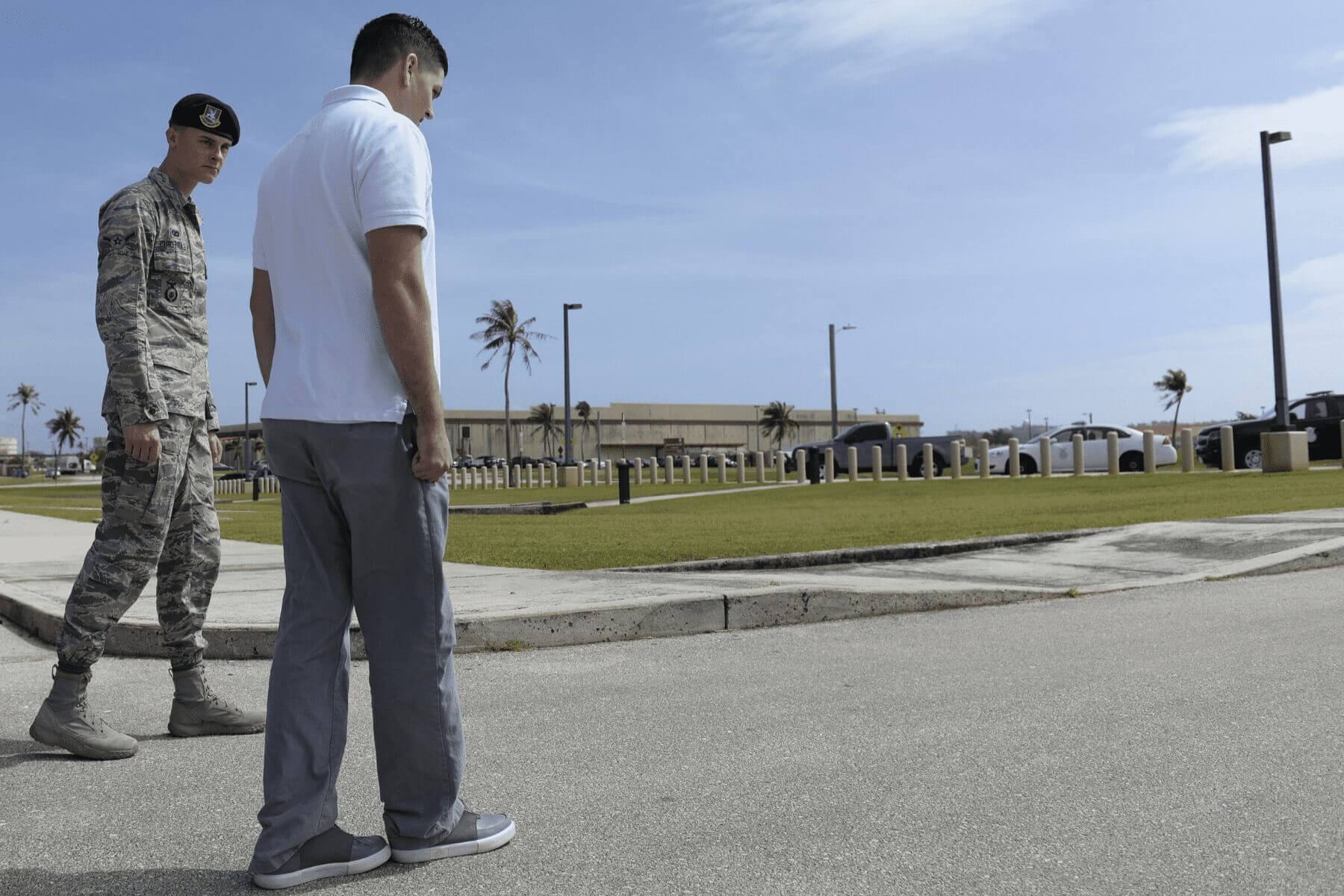 The walk-and-turn field sobriety test is designed to test an individual’s balance and coordination, which may be affected by drugs or alcohol. During this test, they will ask you to walk nine steps in a straight line, touching heel-to-toe with each step. At the end, you’ll be asked to turn around in place and walk back to your original location. If you lose your balance, fail to place your heel against your toe, or cannot turn around smoothly, they may assume you’re intoxicated.

Clues for Walk and Turn Test

The police officer will look for eight clues to indicate of impairment when administering the test:

Unfortunately, police officers frequently administer the incorrectly or they may misinterpret the clues. Because of this, the result is greater uncertainty surrounding the actual reliability and accuracy of the test administered. This is serious because this is a field sobriety test that will determine whether or not a particular driver is under the influence of drugs or alcohol.

This seemingly simple field sobriety test is also intended to test a subject’s balance. The one-leg stand test is a standardized field sobriety test where the officer will ask you to stand on one foot, holding the other approximately six inches off the ground, and count out loud. Typically, the officer will ask you to hold the pose for 30 seconds, during which time they will watch to see whether you sway, drop your foot, or have to use your arms for balance.

Studies have shown that the one leg stand test to be 65% accurate in determining whether a driver has a blood alcohol concentration above .10, which is above the legal limit. This means that 35% of the time, the field test is wrong.

Defenses Against the Field Sobriety Test

Due to medical issues, age, or other issues, many people are unable to successfully complete the field sobriety test, even when completely sober. Here are some of the common defenses that we have used on previous DUI defense:

Here is a video that is a demonstration of the field sobriety tests administered by law enforcement officers.

As your DUI attorney, we may be able to argue that officers failed to consider possible additional factors or may have deviated from the standards set by Indiana state law. If you were in the need of a DUI lawyer, give us a call at 317-721-9858 for help with your DUI defense now.