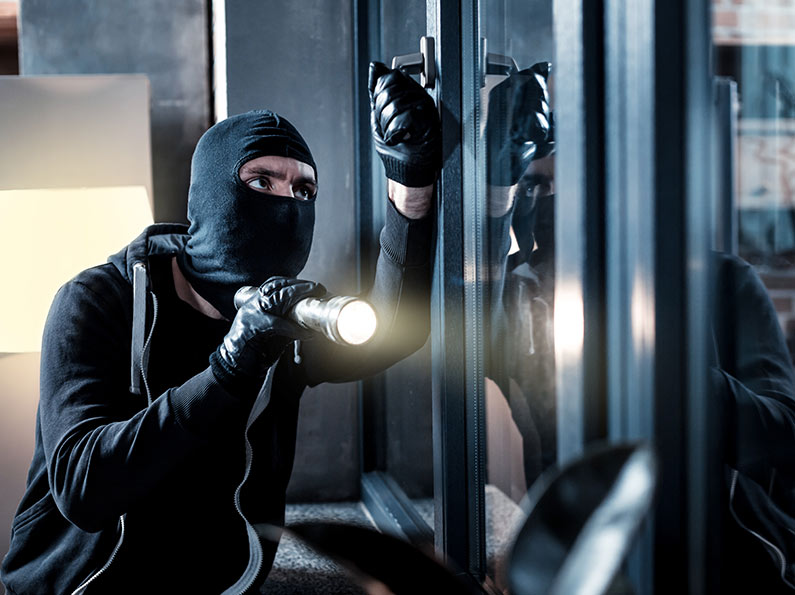 Would you know what to do if,  you were facing conviction for one of these two crimes in Indiana?

First of all, let’s look at what these terms mean and how they’re different.

Theft is an encompassing category of a larger scope of crimes; think of it as an “umbrella” offense for which robbery and burglary are specific examples.  Robbery and burglary are the two most common crimes where theft is concerned. Even though many people think they are the same, theft, robbery, and burglary are quite different. . A criminal defense attorney can help you navigate their differences and how it may affect the outcome of your case.

To better familiarize you with the differences between them, we’re going to look at burglary versus robbery.

If, over the property of another person, someone intentionally or knowingly exerts unauthorized control – with the intent of taking away the other person’s use or value of the property – they are committing theft.

The severity of the punishment faced will change depending on whether the crime is robbery or burglary.

Someone who enters/breaks into a residential or commercial property for the purpose of stealing something or committing a felony is a burglar. All types of burglary count as felony crimes in Indiana. Higher punishments may be dealt out if a deadly weapon was used in a burglary that occurred in a dwelling or home.

In Indiana, the felony level system starts with Level 6 felony as least serious and becomes more serious as the number decreases. A Level 1 is the most serious of felony crimes, other than Murder which has no number associated with it

Unlike burglary, which always requires breaking and entering, a robbery only requires that a person  use violence, intimidation, or force to commit a theft. It’s considered armed robbery if that person uses a deadly weapon to commit the crime. This offense is more serious than basic robbery and, as you might expect, carries more serious consequences..

A person is robbing a bank if they:

A person is burglarizing a bank if:

In criminal defense, details matter. That’s why it’s best to get in touch with a qualified, experienced criminal defense attorney as soon as possible. Here’s who to contact.

To zealously serve your needs as criminal defense lawyers, we at The Law Office of Jesse K. Sanchez are ready. Don’t hesitate to contact us  for help if, anywhere in Indiana, you’ve been charged with a major felony. We take your battle personally.

Scared? Uncertain how to go forward? We’re here for you. Together, we’ll follow the path that’s best for your interests. Contact us today at our Indianapolis office by phoning 317-721-9858. Click here to send a message via email.