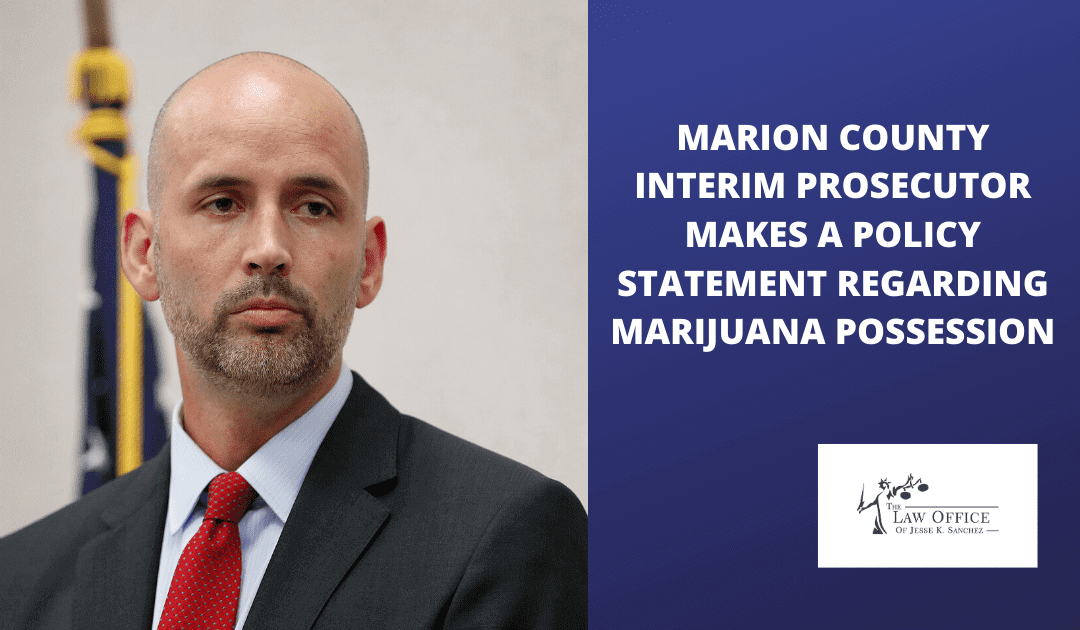 Mr. Mears announced on September 30th, 2019 that the Marion County Prosecutors office will no longer prosecute certain marijuana possession offenses in Marion County. If a person possesses less than one ounce of marijuana, that person will not face formal charges from the prosecutor’s office, effective immediately.
It’s a surprising, sweeping change. But Mears wouldn’t call it bold.

I don’t think doing the right thing is a bold thing to do,” he told IndyStar. “I’ve been a prosecutor for 12 years, I have the experience of seeing what causes violent crime. And over the course of 12 years, I can tell you, small amounts of marijuana is not our problem.

The interim prosecutors decision only covers simple possession. This gives the expectation that the one-ounce amount differentiates users from dealers, which they still have plans to prosecute under Indiana’s Drug Laws for Schedule I class drugs.

We’re going to continue to prosecute individuals who use marijuana during the course of an accident or if they’re impaired for marijuana, those types of cases. And also public consumption. I don’t want people to get the idea that if you walk down to the monument, people are free to light up in public. That’s not what this is about. This is about making sure that we treat everybody fairly.

Have You Been Charged With Marijuana Possession?

Have you been charged with a marijuana possession charge in Marion County and you need a drug lawyer, give us a call at 317-721-9858 as soon as possible. Time is of the essence.