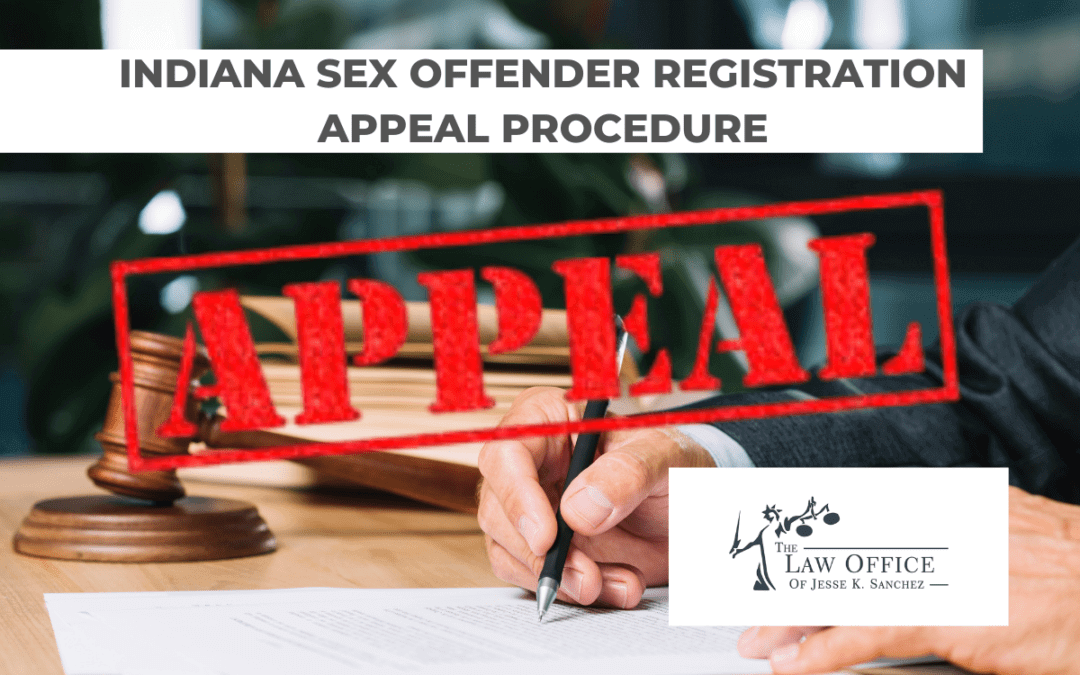 The defendant and his or her lawyer will have to find a valid reason for the registration to be reversed. Some of these reasons could include:

Call Indianapolis criminal defense attorney, Jesse K. Sanchez at 317-721-9858 for help with appealing your addition to the sex offender registry.