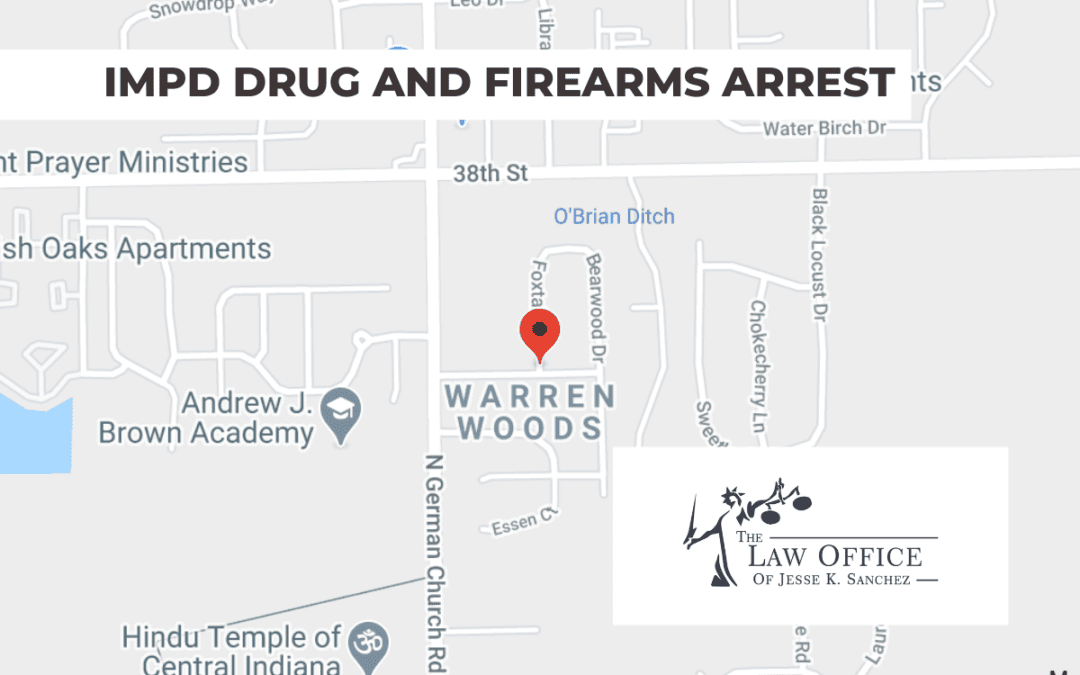 At the Law Office of Jesse K. Sanchez, we represent clients that have been accused of both gun crimes as well as drug crimes. If you need a drug crime defense attorney in Indianapolis or a gun crimes defense lawyer, call our office at 317-721-9858 or contact us here for a free consultation today!

A Firearms and Narcotics Arrest

On September 16, 2020, an investigation led IMPD to move to confiscate firearms and narcotics as well as make arrests.

IMPD, working within the Indianapolis Crime Gun Intelligence Center (CGIC) initiated a narcotics/firearms investigation in response to information provided by citizens in the 3600 block of Foxtail Drive, Indianapolis.

When the police entered the home, IMPD detectives discovered a purported large-scale narcotics dealing/distribution ring and allegedly located evidence showing the trafficking of narcotics to Indianapolis from out of state.

Evidence Collected During the Bust

During the investigation, the police collected the following evidence:

According to IMPD records, a total $23,470 was seized and held for forfeiture as proceeds of illegal narcotics dealing.

At the time, there were arrests made and the arrestees were subsequently transported to Marion County Jail for narcotics dealing charges as well as for the illegal possession of the five firearms.

As of September 20, 2020, the Marion County Prosecutors Office has yet to make a final charging decision.

Every individual arrested in this event is presumed to be innocent until proven guilty beyond a reasonable doubt. This reasonable doubt presumption of innocence protection comes from the due process guarantees in the Fifth and Fourteenth Amendments of the U.S. Constitution.

When You Need a Drug Crime Defense Lawyer

When it comes time for you to need the services of a skilled drug crime defense attorney, call our office at 317-721-9858. We have experience defending our client’s rights against marijuana and narcotics charges in Indiana courts. Call to speak with the best Indianapolis criminal defense attorney for your situation right away. A proud Marion county defense attorney representing clients throughout Indiana.